A destination for English language learners

Fluent Scientific’s first product was FluentIQ; a web application that would assess a person’s real life English communication ability. To support the application, we created a site to act, not only as the public facing information for FluentIQ, but as a destination to help English language learners. The tone was intended to be lighthearted and friendly for an audience of young adults working towards university entrance and job opportunities where a certain level of English is required, and to tie in with the style used in the application.

I designed and built the site in a customised WordPress installation which manages all content in the 8 languages that the site is accessible in (including Arabic which reads right-to-left). The site contained a mix of evergreen content as well as a regularly updated “Learn” section to help English language learners. This “Learn” section consisted of a blog of English learning articles (weekly), a video series to help English pronunciation (weekly), and a timeline of bite-sized English tips (3 posts a week). Each Friday, the content published during the week was sent in a newsletter to subscribers.

The weekly video series involved a linguist giving 1-2 minute lessons on producing English speech sounds. The series was shot and edited by myself on a limited budget. The primary home for this series was on YouTube for which I created and maintained the YouTube channel. I also created a testimonial video with an early FluentIQ user. An external company was used to create an animated explainer video with myself recording voice-overs with native speakers of the various languages the site supported and then producing the final video. I also shot any photography that was required.

I worked with an illustrator to create the characters that were used throughout the site. Use of these characters continued into our videos and other marketing material. 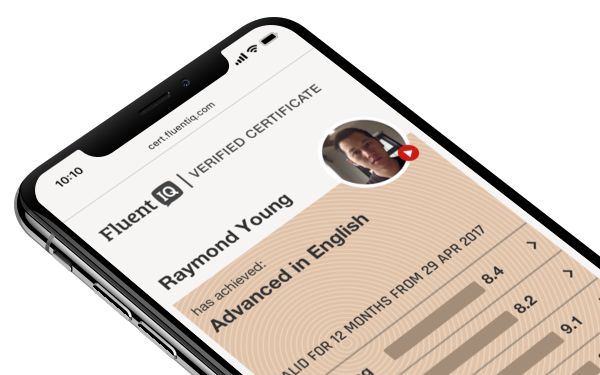 From proof of concept to functioning product 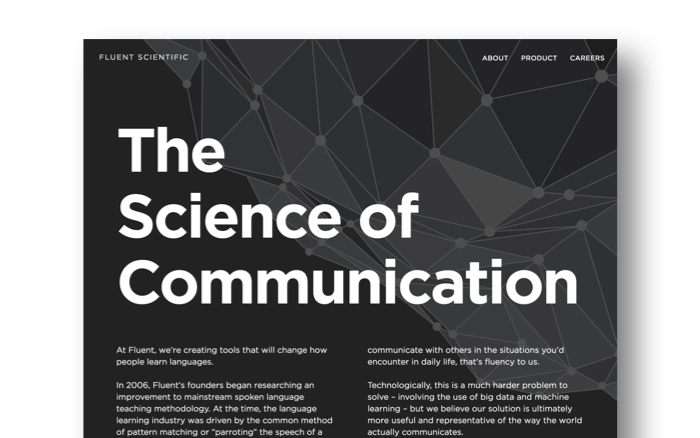 The start of a new company